FREE STANDARD SHIPPING on Domestic US Orders of $75 or more. Use Promo Code FREE75 at checkout (Retail Customers Only) 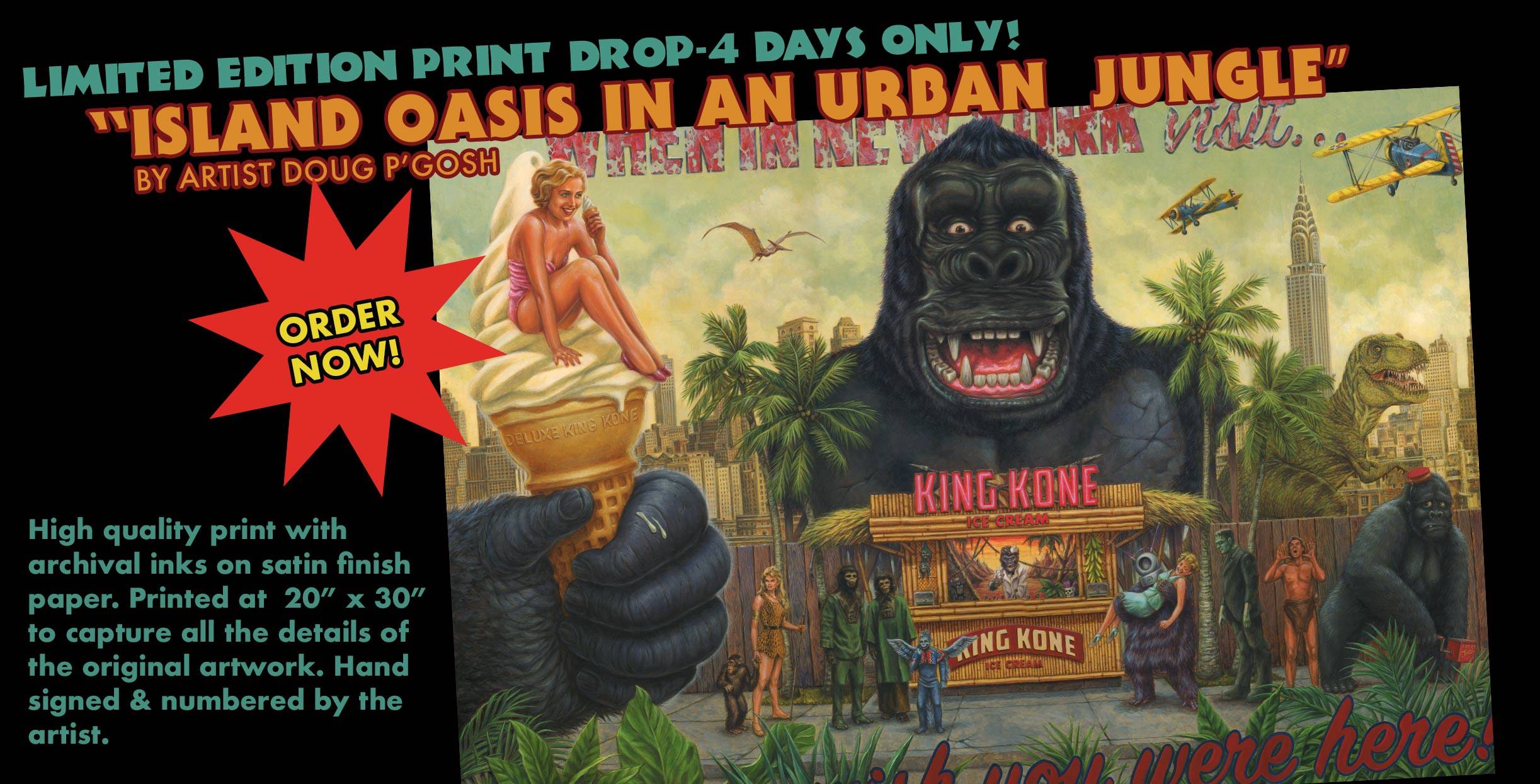 For only a short window of time we’re offering YOU an awe-inducing 20” x 30” high-quality-jumbo-sized print featuring this incredible art! $60, all hand signed by the artist. 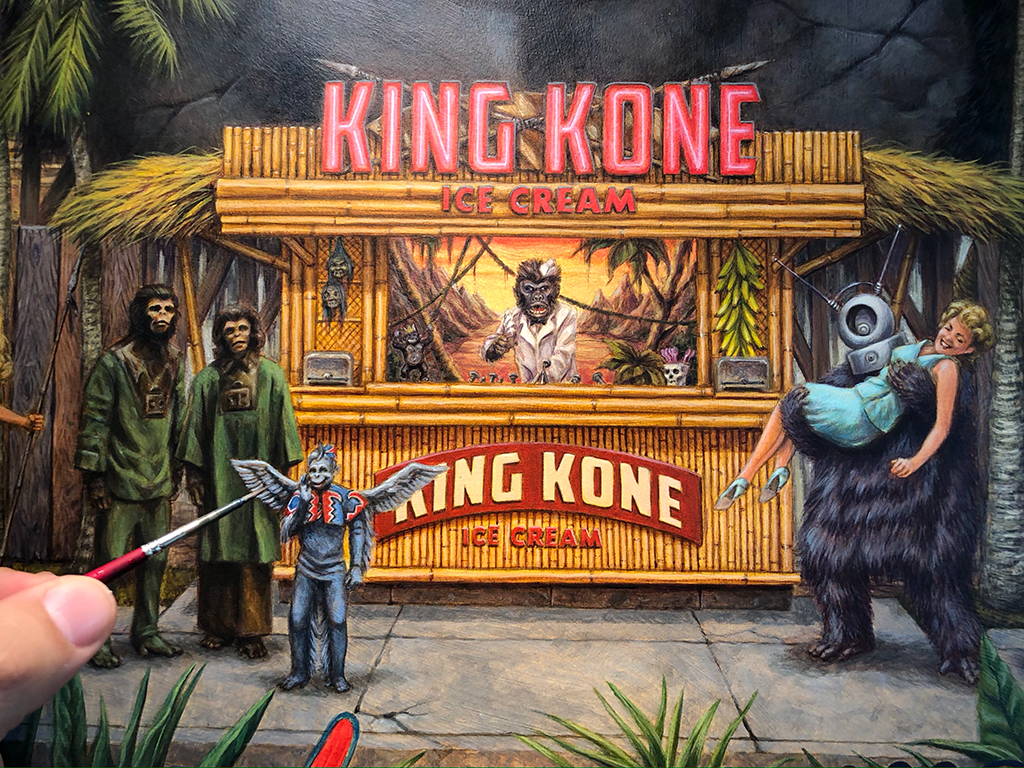 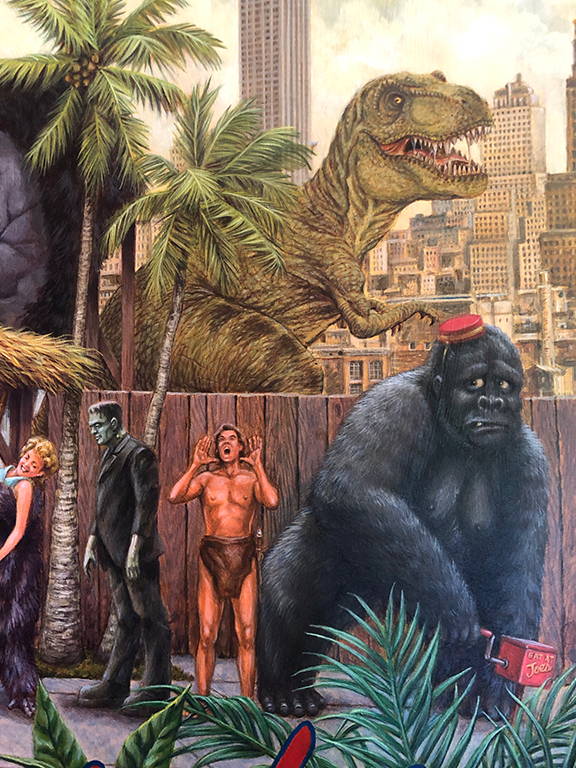 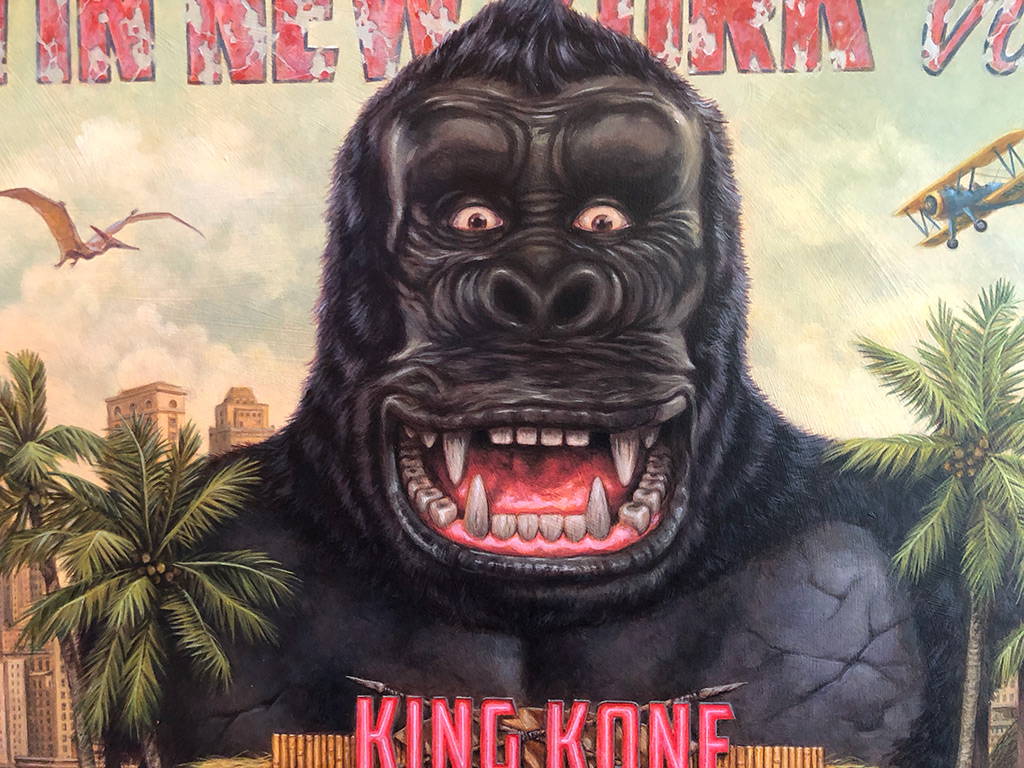 Want to know what Doug’s inspiration was for creating this highly detailed and evocative original painting featuring the beloved King Kong? We asked Doug and this is what he shared:

“I love the crazy architecture of the 20th Century- much of it now long gone. Like: Giant fiberglass Donuts that sat on top of well-loved donut shops, a building in the shape of a bulldog that houses a café, or a giant derby on top of a nightclub!

"I coupled that interest of vintage architecture with a question I pondered- Just what did happen to the carcass of poor Kong after he was machine gunned off the side of the Empire State Building? Being the early 1930’s, I am sure some entrepreneur would have bought him, stuffed him and used him—the 8th wonder of the world—to sell some mundane products. I put my artistic license to work and made an establishment in a Neverland of New York & California- appropriate for a film that was produced in one city and featured in the location of another.

Discover all the good stuff there is to see in this Limited Edition 20” x 30” jumbo print titled “Oasis in an Urban Jungle” featuring the art of Doug P’gosh. ON SALE NOW, Thursday, June 10th thru Monday, June 14th at Midnight EST. $60. plus shipping. Don’t miss out!

Note: Each jumbo print will be hand signed and numbered by the artist & the print run will be determined by orders received this weekend- whether it’s one or one hundred! 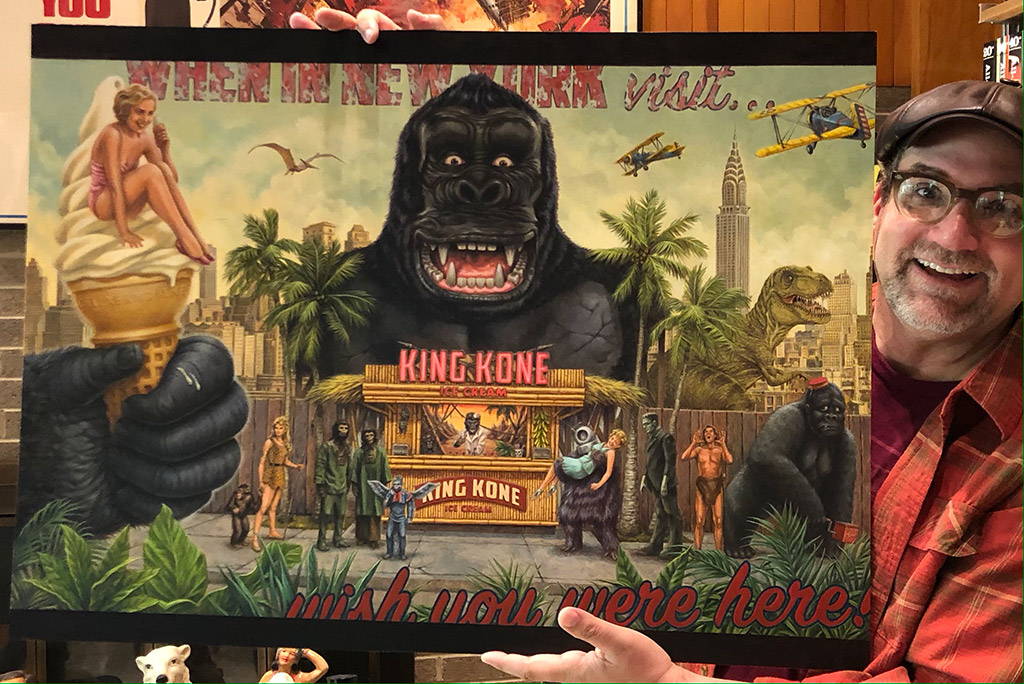